Welcome to the SlowTourism LAB where research results and knowledge of best practices, slow places and slow experiences are shared.

Slow Tourism is one of the ‘special topics’ at HTHIC2020, the Heritage, Tourism and Hospitality, 4th International Conference which will take place in Mendrisio, Switzerland, on  6-8 April 2020.

The concept of Slow Tourism is receiving increasing attention and referred to as an alternative to modern mass tourism and its negative impacts on places, communities and maybe also the tourists themselves. 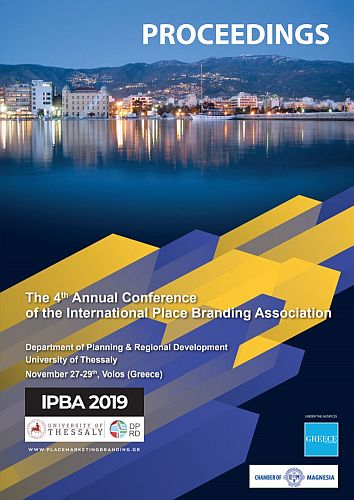 Research paper:
The Role of Perceived Collaborative Value in Place Branding Processes – A Case Study of Cittaslow in the Netherlands

“It is not enough to challenge the old narrative, however outdated and discredited it may be. Change only happens when you replace one story with another.”

The sense of urgency

Hardly a day goes by without experts trying to create awareness of the fact that we are heading towards severe crises due to global warming, pollution and acidification of the oceans, environmental noise and loss of biodiversity. Hardly a day goes by without the backgrounds to and consequences of inequality, migration and overurbanisation being pointed out to us. In addition, globalisation has left people searching for identity, authenticity and belonging. Humankind urgently needs to make conscious choices to ensure a future characterised by sustainability and peace.

More than 250 cities in 30 countries and territorial areas have made a conscious choice, namely, to become an accredited Cittaslow and join the Association Cittaslow-Rete Internazionale delle città del buon vivere, the international network of cities “where living is good” (Association Cittaslow, October 2018). Ten of these Cittaslows are in the Netherlands. They have pledged to establish quality of life for residents and visitors: preserving valuable landscapes and biodiversity; maintaining traditions and protecting the uniqueness of individual cities in times of globalisation and homogenisation; cultivating hospitality and social cohesion; providing inspiration for a healthier lifestyle; innovating to achieve sustainability.

The aim of my research project was not to examine whether and in how far the Cittaslow movement is an effective one in coping with the problems mentioned above. Whilst the jury is out, I assume that, as there is an urgent need to handle this finite planet and its (human and non-human) residents with far more care than is currently the case, any attempt, certainly one at municipality level, is a valuable one. Brand awareness of the Cittaslow movement in the Netherlands, however, is very low, and the ten Cittaslow accredited municipalities in the Netherlands are hardly known as Cittaslows and what they stand for.

What explanations can be identified for the fact that Cittaslow accredited municipalities in the Netherlands are not known as Cittaslows, either amongst residents or amongst visitors and other stakeholders? What opportunities can be identified to raise brand awareness? And what is the role of the ‘Supporters’, that special group of “business owners and organisations differentiating themselves from others in their industry“(Cittaslow Netherlands 2018) and awarded the status of ‘Supporters of Cittaslow [municipality name]’?

Supporters “support the Cittaslow values in their own municipality. In carrying out all their work they actively visualise that they adhere to and apply these values as a matter of course” (Cittaslow Netherlands 2019). The majority of Dutch Cittaslows work with Supporters, of which there are 333 (April 2018).

Working with Supporters – within the Cittaslow movement a unique phenomenon – seems a sensible approach. Only resilient and thriving communities are capable of guarding natural and cultural heritage and of working towards a competitive identity. This in turn requires investment in stakeholder engagement.

Analysis of 300 Supporters’ websites revealed that the majority of the Supporters do not mention their status of Supporter and thus do not assist in creating brand awareness, at least not via their websites. This finding elicited curiosity into the perceived value of the status of Supporter and the collaborative alliance with the municipality. Subsequent questions included: what opportunities are there to leverage the role of the Supporters in raising brand awareness, and what can be learned from this case as to stakeholder engagement and management in general?

My research project evolved into a journey of discovery – figuratively, as it was a highly explorative and iterative process; and literally, with visits to Cittaslows in the Netherlands and abroad.

For problem analysis, problem diagnosis and design (potential solutions and recommendation) – the first three stages of a practice-oriented research project – I drew on theory of (place and destination) branding and on theory of collaboration, collaborative alliances and the value accruing to partners in such an alliance.

A wealth of information and impressions was gathered through a multi-method approach, concurrent data collection and analysis, and the use of an exploratory model. Methods included fieldwork observations, website analysis, interviews with mayors and policy advisors of Cittaslow municipalities, interviews with passers-by (residents and visitors of Cittaslow), and questionnaires sent to and conversations held with Supporters.

Low brand awareness is indeed perceived as a problem by the majority of municipalities interviewed. Reasons pertain to license to operate (residents need to understand why a municipality makes specific choices); competitiveness (in particular to attract tourists); the need for a joint identity in a municipality comprising several villages; the wish to increase influence as small municipalities at a national level, to share Cittaslow values and best practices, and to make this world a better place. 25% of the responders to the Supporters’ Questionnaire state they regret that brand awareness, and thus their status as Supporter, are low. As mentioned above, most Supporters do not refer to their status in their corporate website.

Desk research and interviews with mayors and policy advisors informed me about admirable projects aimed at familiarising members of the municipality, governments and administration and residents with Cittaslow values, and about policies aimed at implementing them. The interviews also revealed explanations for why brand awareness is low. Cittaslow is a philosophy, “a way-of- life”; it is about “being and doing”, “a guideline in day-to-day decision making”, “an identity”, but also about development and innovation. Municipalities do not find it easy to ‘translate’ something as elusive as a philosophy into specific brand promises. Other explanations include the absence of strategy, a high workload and a lack of capacity, as well as the existence of other (tourism) brands.

Supporters express disappointment about aspects of the collaborative alliance; a reason for not communicating about it. This is regrettable, for they also express what in collaboration theory is called ‘linked interests’, that is, they do adhere to Cittaslow values, even have a sense of urgency, and are motivated to support the municipality in establishing quality of life and sustainability.

The Cittaslow movement encourages members and stakeholders to meet and learn from each other, and this is what Dutch municipalities facilitate too. The wish of the Supporters, though, is for visibility and for change-oriented and purposeful collaboration with the municipalities and with other Supporters (provided they have matching value frames), resulting in specific outcomes. These wishes are some of the aspects of what Austin and Seitanidi (2012b) call “partnership compatibility” and “partnership implementation” which make stakeholder engagement and management such a multi-layered phenomenon, and which municipalities need to address.

Creating brand awareness is about exposure and experience; about achieving integration, consistency and coherence; about strategy, purpose and partnerships (Anholt 2007, 2010). My recommendations to those Cittaslow municipalities that wish to raise brand awareness pertain to these aspects and offer answers to two interrelated questions in particular: ‘How to brand a philosophy?’ and
‘How to leverage the role of the Supporters?’

Strategic narratives and storytelling are some of the solutions offered. Incorporating the art and science of storytelling in their strategy and communications will assist Cittaslow municipalities in translating Cittaslow values into meaningful and memorable (service) experiences; aligning Supporters and engaging them in purposeful partnerships aimed at implementing the values; achieving integration, consistency and coherence by turning the Cittaslow story into a shared story. Tools offered include the concept of a story tree, narrative techniques, toolkits aimed at enhancing visibility and communication, and best practice examples.

Karin Elgin-Nijhuis was given the ‘Andreas Award for Innovation in Corporate Communication 2018 ‘ for her research into Cittaslow.